I do a lot of reading and rereading -- this year I'm at 97 books read, and a very solid portion of those are rereads from years past (I'm in the middle of a huge Animorphs reread sooo.) But for THIS post, I'm going to just focus on the books that were new to me this year. If I have time, I'll put together another with my Top Five ReReads but -- that will wait for another day, or maybe even the new year! I'm also going to be assembling a top Hist Fic reads list for that other Amalia, so I'm excluding those from this particular list as well.

1) Gentlemen Jole and the Red Queen by Lois McMaster Bujold.

Cordelia is one of my most favorite literary characters -- and as far as sci fi characters go, she's right up there with Princess Leia, so of course I was beyond stoked when I heard that at long last, Cordelia was going to be center stage again in this Vorkosigan Saga installment. And my friends, I was not disappointed. Cordelia is presented in all her Betan glory and I absolutely adored every page. (I think I'll always love Cordelia more than Miles, though, so if you're in it for Miles and not Cordelia, you might not enjoy this one quite so much. Also if you have strong feelings about the nature of Aral and Cordelia's relationship across all those years... well. Prepare yourself. You might be in for a shock.)

Look, I'll be honest with you -- I think this duology is better than the Grisha Trilogy. By like, a lot. I mean I enjoyed the Grisha Trilogy but, I LOVED these two books, and that was even going into book one as a skeptic. I also think this book could just as easily have been adult fantasy rather than YA. For sure it's upper YA/Crossover YA/New Adult, at the least. And this second book? It was everything I wanted it to be, with one small storytelling-decision exception. It was a super fitting end to what was a super thrilling adventure and even if, like me, Fantasy Heist Novel isn't something you'd normally be into, you should still give this a shot!

I am a HUGE fan of Stealing Time, the first in this series, so when the opportunity to advance read and blurb came to me for the sequels, I jumped on it. This third installment with Ruin and Phoebe was my favorite of the two new novellas released this year, and the way Sparrow captures that awkward and uncomfortable (but also TOO comfortable) space of intimacy between best friends who are afraid to take the next step and make it into something more is perfection. Even better -- this series takes place basically for the full length of the winter holiday season, ending on New Year's Eve, so you can still make it your holiday romance of the season!! (I believe there's even a box set, which I would totally recommend -- personally, I picked all three of them up in paperback to have and hold forever.)

4) A Court of Mist and Fury by Sarah J. Maas

I thought I knew what this book was going to be. I was anticipating a certain amount of annoyance with that direction. And then I started reading, and the deeper I got, the more wrong I was about everything I'd thought. This was one of those could-not-put-it-down reads, and I think it's even better than the first book in the series. But I'm not sure it could be as good as it is WITHOUT the foundation of that first book, either, even though for some people I can see how the first book might be unsatisfying. If you read book one and gave it the side-eye -- I think book two will be a different experience for you, for sure. First couple of chapters excluded. Trust me -- just keep reading.

First: choosing my 5th book for this list was tough, but after scrolling up and down and up and down my list of books read, I think this one has to be it. I picked this up on a whim at the bookstore and I don't know what I had really high hopes for it at the time -- I always worry about books that present ancient peoples alongside modern characters. But. Godfrey definitely did not shy away from giving the Ancient Romans their due. They scheme and plot and manipulate as skillfully as one could hope, and although I would've liked a little more grounding of the world we begin in to make the alternate timeline glimpses more meaningful, that's not going to stop me from getting my hands on book two, and it didn't stop me from enjoying the read!

Hunter and Elite by Mercedes Lackey
Age of Heroes by James Lovegrove (Almost entirely because Theseus!)
Hercules: Still Going Strong by Dan Abnett (graphic novel -- but it is SO GOOD.)
and Sabriel by Garth Nix

If you want to see the complete list of all the books I've read this year -- klikk klikk!

Amazon | Barnes&Noble
Posted by Amalia Dillin at 15:56 No comments:

Thanks so much for playing #NAMEthatBUTT with me this year!

Our Double Butt Finale Butts are... 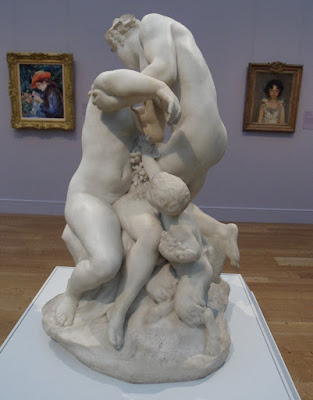 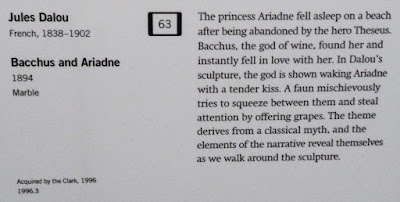 And our Winner is...

Email me at amaliatdillin(at)gmail(dot)com to claim your prize!

Amazon | Barnes&Noble
Posted by Amalia Dillin at 20:15 No comments: