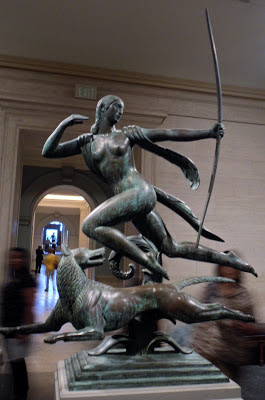 And you have until 11:59pm Eastern on August 1st to get your full five points!
Posted by Amalia Dillin at 08:30 2 comments:


Ready for the full backside and a few more clues?

Double the backsides, double the fun! So, two more clues:

2) Zeus once took on this shapely buttocks for his own to engage in a seduction.
3) If this bottom isn't an expert at mooning, no other butt ever will be.

NB: Round THREE's post will also be Round TWO's Reveal, and it is going live at 8:30am Eastern on July 30th so that more than just the night owls have a chance to take the first guess and the top spot!

NAME THAT BUTT, Round Two, FIGHT!

AND This Week's BUTT:

1) This half-hidden hiney appears to have authored a number of deaths, resulting in more than one constellation.

Guess away! You have until Thursday, July 25th 11:59pm Eastern to get your full 5 points!

(Our current leader in points is Magell! There's plenty of time to dethrone him and claim the title of COMMANDER OF BUTTS! And there will be a prize now, of some sort, at the game's end, whether it will be book-related or gift-card related or something just plain silly is still undecided.)

ETA: RIN ADAMS! YOU won THE SECRET HISTORY giveaway! Email me to claim your prize: amaliatdillin(at)gmail(dot)com
Posted by Amalia Dillin at 00:00 12 comments: 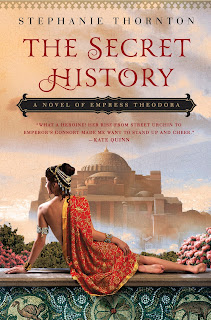 ETA: The giveaway for the BOOK is international, but the coin can only be shipped US Only, so if you are an international person, you'll be winning the book ONLY.
Posted by Amalia Dillin at 00:01 17 comments:

Name That Butt, Round One REVEAL!

Two blogposts today because I did not want to take away from Stephanie Thornton's fabulous guestpost!

THE LAST BUTT WAS:
*drumroll*


So to recap, and a SLIGHT Tweak on the rules for next time (changes are in bold!):

What can I say? You all were just too good at naming that butt last week! Time to up the ante a little and give you a BIT more of a challenge. Again, so as not to compete with Steph's guest post, The NEXT BUTT will be posted on Tuesday, July 23rd, so get those guessing pants washed and ready to wear!

Posted by Amalia Dillin at 00:00 No comments:

Name That Butt Round 1, Second Chance!


The FULL backside!
Those of you who guessed based on that dimpled hiney in the last post should know whether you were right or wrong now that you have the full backside! Congratulations or, feel free to guess again! Those of you who are late to the game, there's still time to guess! You've got until Monday July 15th, 11:59pm Eastern to get half the points! And remember, this is a running tally to the end of the game, so there's still time to catch back up in round two and beyond.
Posted by Amalia Dillin at 00:00 5 comments:

You read the title of this post correctly. Today, in celebration of my return to blogging, I am beginning a new feature on the blog. And it is all about butts. And mythology, of course. And sculpture, because I love sculpture so much (as we have discussed in the past, I think).

So here is the deal. When it is NAME THAT BUTT time, I will post a photograph of a backside, along with a series of clues, and you will guess to whom that backside belongs in the comments. A correct guess will net you 5 points. I will reveal the COMPLETE photograph, on the following Friday, and you may continue to guess, but a correct guess after the complete photo is revealed will result in only 2.5 points. Because, come on. On the following Tuesday, I will post the answer to the previous Tuesday's NAME THAT BUTT, and you may all congratulate yourselves on guessing correctly, because duh, if you have been reading this blog all this time, you already know your mythological backsides, I'm sure! There may or may not be prizes at some point, based on a running tally of who has the most correct guesses (and a bonus 2.5 points goes to the person who guesses correctly FIRST via timestamp) depending, but they will be small silly things, and mostly the result of me just being overly excited about NAME THAT BUTT as a thing, and even more excited that you all are embracing it, if, in fact, you actually DO embrace it, and with the internet being what it is -- one never knows!

SO, WITHOUT FURTHER ADO, Today's NAME THAT BUTT photo:

1) More often than not, when the gods want something stolen, this handsome butt is sent to get the job done.
2) Even during war, the backside in question always has safe passage.
3) These shapely buttocks may be the great-grandparent of Odysseus' own.