Ramping up to the release of BLOOD OF THE QUEEN, I've got a special promotion happening this week!

HONOR AMONG ORCS is just 99 cents (kindle-countdowning up to 1.99 later this week) and BLOOD OF THE QUEEN is available for pre-order at a reduced price, too! Just 2.99!

That means you could order BOTH kindle books for less than 4 dollars this week -- a wicked deal, which I hope you'll take advantage of it!

Next week the pre-order price for BLOOD OF THE QUEEN goes back up to full price (and Honor will be back to 4.99), so get it while it's hot! And expect delivery on your kindle October 20th, for your reading pleasure. Want to know more about what's in store for you in BLOOD? Here's the back cover copy: 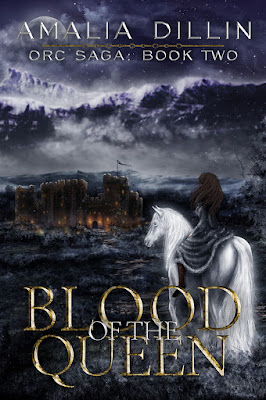 
Go Forth and Grab Your Copy of HONOR (and pre-order BLOOD!), and if you enjoy it, don't forget to leave a review!!