I'm a little early, I know, but I wanted to give you all a little progress update!

First: the BLOOD OF THE QUEEN hardcover print proof has arrived and it looks extremely pretty! 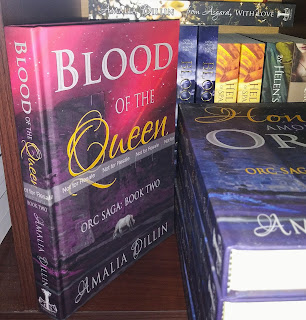 I'll be doing one final read through and then I'll be hitting publish either this month or early in June! Hooray!!!

Second: I'm also going to be releasing OF GODS AND JOTUNS very shortly (again either this month or early in June--whichever thing gets done first is what I'm hitting publish on even though I know I just said I was going to release OF GODS AND JOTUNS this month for sure over on Patreon, like yesterday! I'm living a wild life right now, what can I say? In my defense though, OF GODS AND JOTUNS is MOST LIKELY To be first since the proof I'm waiting on is just to double check the cover and story headers, not the text itself.) 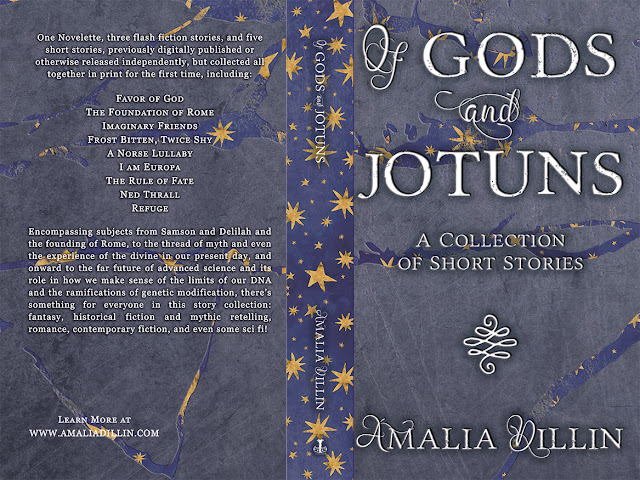 This short story collection will be PAPERBACK ONLY, unless you're a patreon patron, in which case later this summer you'll also get limited time access to a patreon exclusive ebook download also at the ThorsBFF tier ($5/month).

The flash stories are all already available online to read for free either here on the blog or elsewhere, and the short stories individually are either for sale in wide release or exclusive to patreon--but this collection brings everything together in one place in a nice little paperback (as requested by my mom), along with an author's note giving readers a little bit of context for each story!

One Novelette, three flash fiction stories, and five short stories, previously digitally published or otherwise released independently, but collected all together in print for the first time, including:

Favor of God
The Foundation of Rome
Imaginary Friends
Frost Bitten, Twice Shy
A Norse Lullaby
I am Europa
The Rule of Fate
Ned Thrall
Refuge

Encompassing subjects from Samson and Delilah and the founding of Rome, to the thread of myth and even the experience of the divine in our present day, and onward to the far future of advanced science and its role in how we make sense of the limits of our DNA and the ramifications of genetic modification, there’s something for everyone in this story collection: fantasy, historical fiction and mythic retelling, romance, contemporary fiction, and even some sci fi!

THIRDLY:
I have one more semi-secret project tentatively planned for release in July--it'll release first to Patreon Patrons, who will get a limited time ebook download at the ThorsBFF tier, and then go out into the wider world, after, if everything goes according to plan. More on that next month!

If you want to stay super on top of all this stuff (and get first dibs on my shorter works as well), I definitely recommend coming on over to Patreon where I share all this stuff first, now! You can patron up for as little as a dollar a month and still get access to a TON of content, including the entirety of COST OF LIVING and SON OF ZEUS!

Which reminds me of a fourth item:

I'll be doing an EXTREMELY limited print run of COST OF LIVING which will ONLY be available directly through me--if you want to be absolutely sure you get a copy, you definitely want to be on Patreon which already has a tier ($25 ThorLover) for signed paperback copies of anything I release! Patrons get first dibs and this book is going to be limited to a maximum of 50 total copies EVER. This book is never going to be for sale through other outlets--it will remain an exclusive Patreon serial, digitally, and the physical editions won't be distributed via any other outlet that isn't just me at a table somewhere, probably.

Here's a peek of that book, too, which looks mighty fine also, even if I do say so myself! 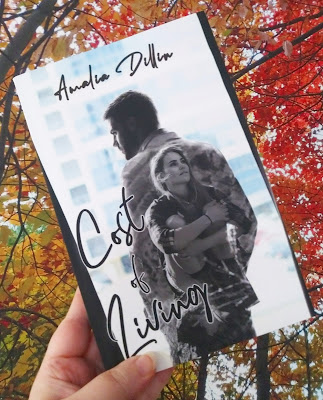 I haven't set a date yet for this but I'll let you all know when I know when it's actually happening and I'm getting ready to place the paperback order. But again, Patreon is your best bet to make sure you hear about it, since patrons get the news delivered directly to their inboxes.

Email ThisBlogThis!Share to TwitterShare to FacebookShare to Pinterest
Labels: Blood of the Queen, Cost of Living, Of Gods and Jotuns, paperbacks, short stories