First, the splendor and glory of last week's butt must be revealed as:

Rodin takes such a very different approach to Eve, and I can only wish my photography were sharper, so you could see the full power of this piece. The way he imbues her with such suffering -- the weight of guilt and shame. This is not Eve the seductress, but Eve the fallen, Eve the tortured, and like the small Eve maquette in the National Gallery or Art, it's chock full of emotion.

Here's a slightly better shot of the top half, because I can't resist sharing: 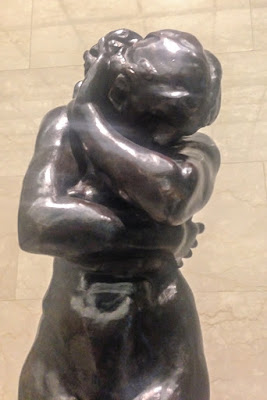 And now, ONWARD to our third Butt of this year's event! 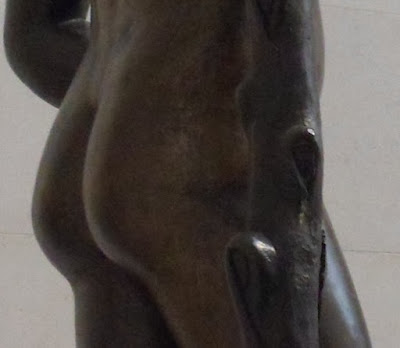 
Tune in to blog.amaliacarosella.com for a BONUS QUOTE, for an extra two points, but for now, go forth and #NAMEthatBUTT in the comments!