Fate of the Gods

Looking for a Suggested Reading Order Reference?
New Readers or Returning Fans, I've got you covered!
Looking for the Read Along discussion posts?
I've created a masterpost with all the links right here!

Book 0.5: Concealing Fate
A Fate of the Gods Novella
Goodreads
Amazon | Nook | Kobo | Apple | More
Available in Paperback alone, or as part of the FAULTS OF FATE collection. 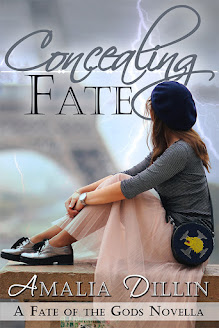 When Garrit meets Abby, he has no idea he's staring at the very family myth he's never been able to take on faith.


The only peace Eve found in her last life was the time she spent with her family, her House of Lions, so it's no wonder that in the modern world she'd choose to return to France, eager to live her new life honestly among the only people she can trust.

Until she meets Garrit: a man she has no business falling in love with, and a relationship built on a foundation of secrets and lies.

Because of all the men in the world she might meet, Garrit is the only one who knows the truth of her Creation, of her entire history from the dawn of time--but heir to the House of Lions or not, he absolutely refuses to believe in it.

Even when the proof is standing right in front of him.

Concealing Fate begins about two years before the events of Forged by Fate, the first book in the Fate of the Gods trilogy.


Book One: Forged by Fate 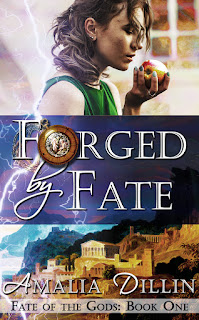 “FORGED BY FATE is a beautiful, sweeping story that puts on display the power of every interpretation of love, and the truth of what can be accomplished when people choose peace over strife. I couldn’t put it out of my mind for days.”
— Trisha Leigh, author of The Last Year series

“A fascinating and artful blend of myth and legend that makes for a rich story of transcendent courage and hope.”
— Saranna DeWylde, author of the 10 Days series

“You won’t be able to deny that Miss Dillin is a genius … This story was absolutely amazing. It’s like nothing I’ve read before … a complete game changer.”
— Parajunkee

After Adam fell, God made Eve to protect the world.
From the Garden of Eden to the present day, Eve, Elohim's daughter, has found more than one great love across her many lives. Her calling: to be an example of love to those around her, in order to counter the influence of her brother Adam, and his conceit, greed, and pride. When Adam arrives in Eve's present, he is desperate to claim the power of a godchild only she can give him. But the Archangel Michael has sworn it will mean not only Eve’s death, but the murder of her entire family, her House of Lions, the only people she trusts with the truth of her life.

Thor, God of thunder, has spent millennia in uneasy alliance with other gods and immortals, all vying for the devotion of humanity to keep themselves alive. But if Adam and Eve have a child, the True God will rise, and all other gods will be cast back out into the void to die.

Drawn to Eve’s love but forbidden to reveal himself as a god, one thing has become clear to Thor: as great a threat as her child might be, humanity cannot survive without her. And after one too-short lifetime as her husband, nearly three thousand years ago, he won't allow either the angels or the gods to harm her, even if it means betraying his own kind.

“An amazing fantasy world which succeeds in cleverly incorporating history, mythology and biblical figures. The seamless integration of Norse and Greek gods was inspired and I can’t wait to see where this series heads next.”
— Book Chick City

Sound interesting? Two bonus flash stories set in the Fate of the Gods world for your sampling pleasure:
Mortal Flesh
and
Homecoming


Book 1.5: Tempting Fate
A Fate of the Gods Novella
Goodreads
Amazon | Or find it in the FACETS OF FATE collection

Mia’s lived in her sister’s shadow long enough. Now that Abby is getting married to a Frenchman, Mia scents freedom. In fact, Jean DeLeon, the groom’s too-charming cousin, seems like the perfect place to start. But the House of Lions is full of secrets, and what started out as an exciting fling is quickly becoming more frustration than fun. Mia wants answers, or she wants out, and it isn’t like she doesn’t have other options. Like Ethan Hastings, for example. Tall, handsome, and gray eyes like nothing she’s ever seen before.


The fact that Jean seems to hate him is just a bonus.

Tempting Fate takes place during the events of Forged by Fate! 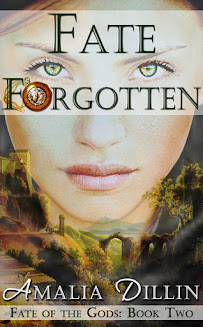 "I think I need to make a 5 star rating that says OBSESSED! It's one epic love triangle that will have you reading until you're done. I can't wait to see what book three has in store!"
— Night Owl Reviews (Top Pick!)

Book 2.5: Taming Fate
A Fate of the Gods Novella
Goodreads
Amazon |  Or find it in the FACETS OF FATE collection.
Blogtour

For the first time in her many lives, Eve would rather be anywhere but home.


In 15th Century France, Eve would have burned as a witch if it hadn’t been for the too-timely arrival of the Marquis DeLeon to save her skin, but their hasty marriage is off to anything but a smooth start. As tensions in the town grow and plague threatens, Ryam DeLeon knows if he and Eve cannot find common ground, their first Christmas may be their last.

Taming Fate takes place during the events of
Fate Forgotten!


Book 2.75: Enduring Fate
A Fate of the Gods Novella
Goodreads
Amazon | Nook | Kobo | Apple | More
Available in paperback as part of the FAULTS OF FATE collection!

In the early 20th Century, in a so-called civilized world on the brink of war, Eve endures.


Far from the powder keg of Europe, in Connecticut, she endures a marriage to an abusive, jealous, monstrous man. And when her husband commits her to an asylum for the mentally ill as a convenient means by which to control her, delivering her into the care of a doctor determined to drive her mad, she endures that, too.

Until, after seeing her DeLeon family safe from the ravages of World War I in France, Thor finds her trapped inside the ward, beaten and broken. Until the doctor and her husband conspire to push her just too far beyond the limits of her self-restraint, unleashing a devastating power she fears she is no longer able to control.

Enduring Fate takes place during the events of Fate Forgotten. To save yourself from being spoiled, make sure you read Fate Forgotten first! 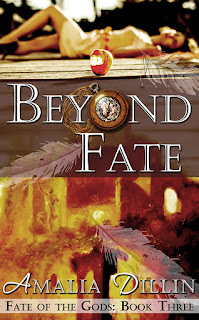 "THIS is how to end a series! A great, complex story with wonderful characters and and an even greater ending."
— Night Owl Reviews (Top Pick!) 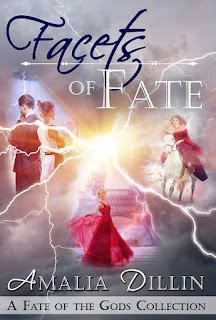 Facets of Fate contains the previously released novellas Tempting Fate, available for the first time in paperback, and Taming Fate, along with an all new novella set after the events of Beyond Fate, titled Finding Fate.


It also includes the flash fics Homecoming and Mortal Flesh and a newly revised edition of Bride Price, a Fate of the Gods short story that was previously only available online at Birdville Magazine. And as a cherry on top, Facets of Fate contains a never before seen bonus scene that takes place during the events of Forged by Fate, from the perspective of one of your favorite mythic characters!

So for new readers and old, there's something for everyone!

***Finding Fate is FULL of Beyond Fate spoilers! Consider yourselves warned!***